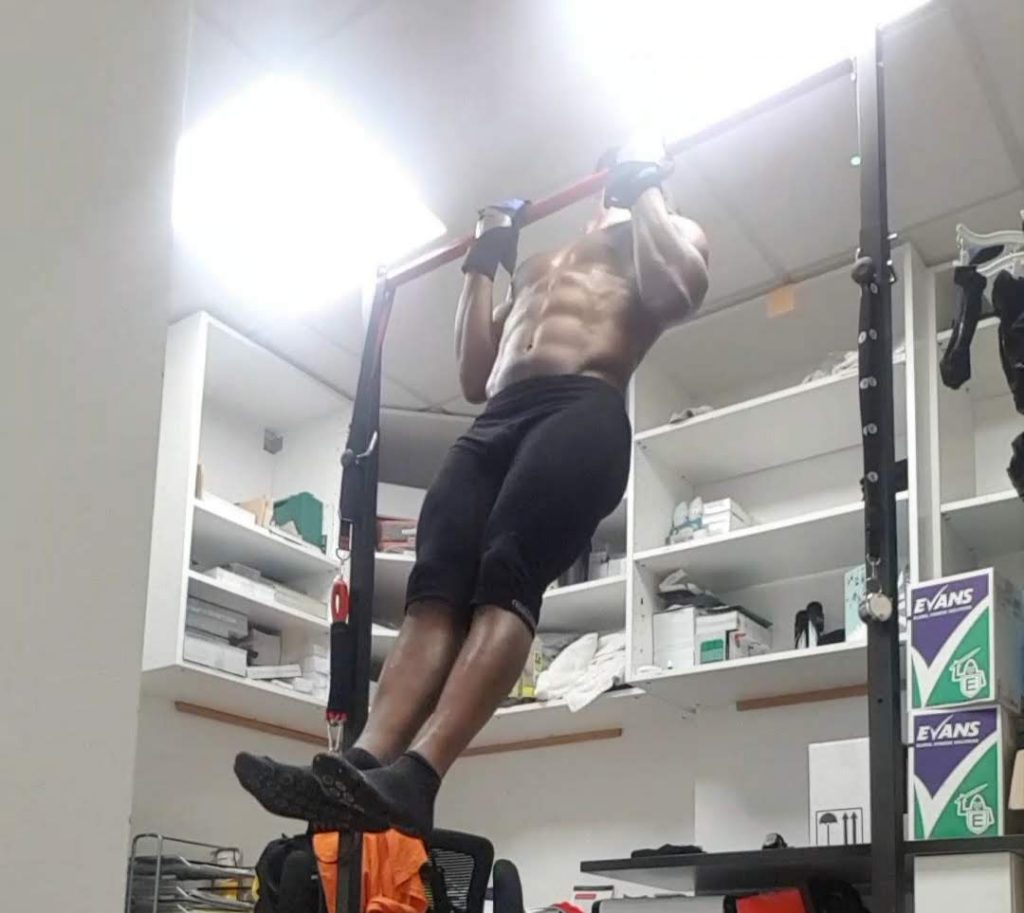 WHY: In memory of Idai’s late brother Garai, who died in a skydiving accident. The intention of the event is to raise funds for a memorial foundation & a documentary film about Garai Makaya and the skydiving community he founded in Botswana. The proceeds of the documentary film will also support the charitable foundation.

EVENT WEBSITE & LIVE VIDEO FEED: Full details of this world record attempt (and a live video feed during the event) can be found on this link.

Idai lost his brother Garai on 11 Feb 2017 in a skydiving accident which occurred in South Africa. The accident occurred on the day Garai had just completed his training to qualify as a skydiving instructor. Garai had been a keen skydiver who used his skydiving activities to raise money for charitable causes in Botswana.

Idai wants to take on the chin-ups 24 hour world record to raise awareness for a project he started working on in 2018 when he completed a 1,720-mile endurance ride twice across Britain on a stand-up bike to set a new Guinness world record. Since then he’s committed himself to a series of ultra-endurance world record challenges to build publicity, raise funds and drive this project.

PHOTO & VIDEO GALLERY: A few training photos can be accessed from this folder. Feel free to use them in any publications you make in relation to this press release and world record attempt. If you’d like different or more specific photos please let me know.

INTERESTING FACTS ABOUT IDAI’S TRAINING: Idai trains using an advanced fitness technology called Electric Muscle Stimulation (EMS) which allows the muscles to work much harder and more fully than they naturally are able to. EMS allows the muscles to contract up to 95% of their fibres (conventional exercise uses less than half the muscle fibres at any one time) and EMS allows athletes to generate more power and better endurance from fewer and shorter exercise sessions. It also speeds the metabolism, allowing maximum leanness – meaning that Idai can carry less body weight during his chin-ups challenge.

Idai also uses an elliptical stand-up bicycle called an ElliptiGO for his endurance training, which allows him to ride standing up and helps develop the endurance needed to stay on his feet for a full 24 hours, whilst getting on and off a chin-up bar. He’s built up his leg endurance by riding the elliptical stand-up bike for up to 24 hours at a time.

And, of course, he used a chin-ups bar to get better at doing chin-ups. In his routine chin-ups training sessions leading up to the world record attempt Idai would complete upwards of 1,500 chin-ups in a single workout. He initially trained in the laundry room at his fitness studio, until the COVID-19 lockdown forced him to relocate the chin-up bar to the garage at home. Since the end of March 2020 all his training was then done in a small cleared space in the corner of the garage, without windows.

His longest training sessions lasted up to 6 hours in duration and all Idai’s training was done in a fasted state (which meant taking in no food before or during training – only water). Training while fasting improved his ability to process energy from his body fat and also kept his weight down, but during the actual world record attempt Idai will eat regularly to sustain himself throughout the 24 hour period.