Our message is clear. The ElliptiGO Ultra-Endurance Team Needs You! 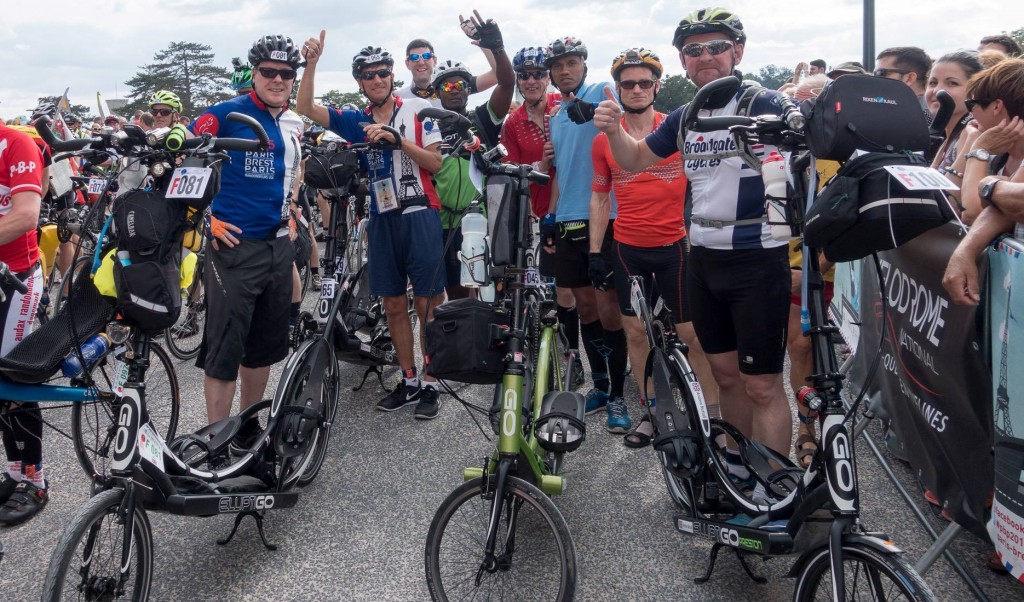 Our primarily goal is to encourage and inspire (as well as mentor) both new and existing ElliptiGO riders who want to take on long-distance cycling challenges. The Team format allows for accountability and it also provides advice, encouragement and guidance. Even our established and highly accomplished Team members continue to liaise with the group, as they take their achievements to new levels, seeking counsel and accountability from their peers.

If you think the accomplishment of a long-distance ElliptiGO ride appeals to you in a big way do not be afraid to come forward and declare your interest. The Audax validation system we use is represented in all parts of the world – and challenge rides can be done in whichever country you live in.

We can help you assess your options and will provide honest and responsible guidance for you in relation to setting and achieving long-distance cycling goals using an ElliptiGO bike.  We will also help you prepare yourself in mind and body.

Most healthy able-bodied adults are capable of achieving success in offiically verified Audax long-distance cycling challenges on an ElliptiGO bike.

So if you are fascinated by the thought of attempting very long ElliptiGO rides don’t be afraid to come forward – regardless of your experience in sports and fitness. Our team members come from all walks of life and some of our most successful team members actually came forward and declared their intent before they’d ever ridden an ElliptiGO bike. They have gone on to achieve big things – and so can you. We have the collective expertise & experience to accurately assess your abilites and identify your true potential.

Click here to begin your own audacious journey into long-distance cycling on an ElliptiGO bike – and be sure to read Our Team History (below) for additional motivation & inspiration!

The ElliptiGO Ultra-Endurance Team started out in late 2012 as a group of four very experienced ElliptiGO riders (Alan McDonogh, Idai Makaya, Steve Cook and Warren Simmons) who’d decided to call themselves “The Four AmiGOs” – for lack of a better name. They got together specifically to devise a strategy to tackle the 1,400km (887-miles) London Edinburgh London (LEL) Audax cycling event, one of the toughest and most prestigious long-distance cycling events in the world (with a testing 116 hours & 40 minutes time-limit)!

They had realised that a disparate group of individuals, with a wide variety of life experiences, could make faster progress towards figuring out such an ambitious project together – and they were right. Alan, Idai and Steve eventually took on the big ride in July 2013 – after more than 6 months of coordinated training and planning. Alan and Idai beat the ambitious time-limit and successfully completed the LEL 2013 project.

The Team model had been proven to work and had actually been so successful that the ‘Four AmiGOs’ had decided to continue the Long-Distance Team project beyond the LEL 2013 expedition. Idai Makaya said about the benefits of using the Team system they’d developed:

“When I first committed myself to setting up a team to tackle the LEL 2013 Audax ride I had no idea how a 1,415km (887-miles) ElliptiGO ride could be completed within 116 hours & 40 miniutes. I held the ElliptiGO 24-hour distance world record at the time, but I did not yet know how to GO further, or (more importantly) faster. Without the collective inputs of the other team members, I doubt I’d have figured it all out in time for the event…”

Initial progress with the Team ‘experiment’ was made through a set of simple (but highly audacious) ‘experiments’ which have been outlined (in chronological sequence) below:

December 2013: Idai challenged multiple Ultra-Cycling World Champion Chris ‘Hoppo’ Hopkinson to ride 100-miles as his fist (ever) ElliptiGO ride – and he duly accepted the challenge! Chris and Idai completed the unofficial ElliptiGO century ride together quite comfortably, on a dark, rainy day (and night)! It took them about 9.5 hours. 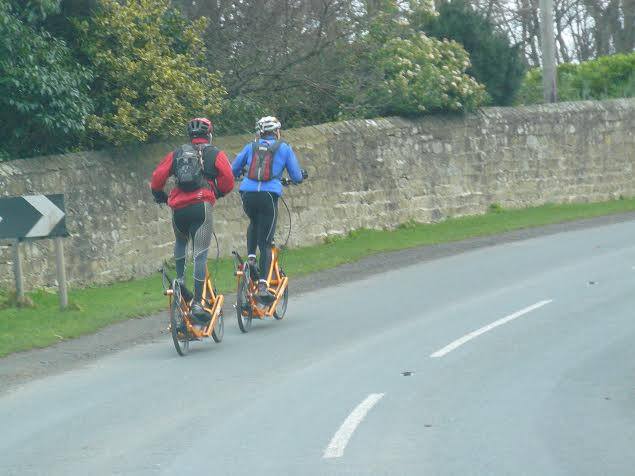 February 2014: Endurance cycling ‘maestro’ Steve Abraham jumped on the bandwagon two months later (in February 2014) and did exactly the same thing – he took on a 100-mile ElliptiGO ride with no previous ElliptiGO riding experience! Again, Idai & Steve completed the unofficial century ride in under 9.5 hours. 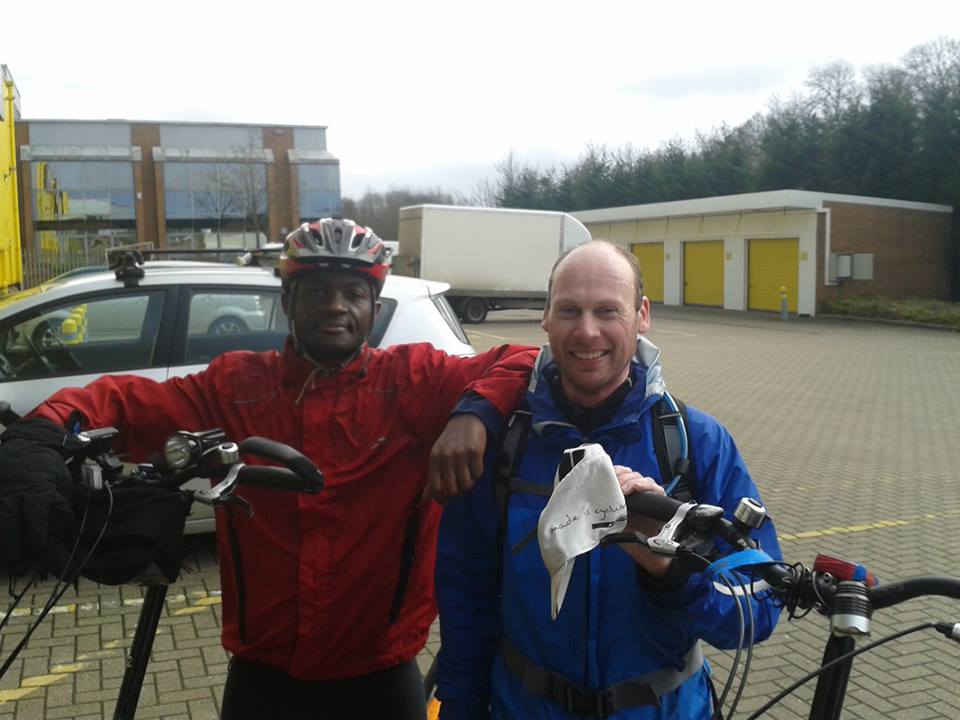 To be honest, although Idai was seriously impressed with those two big performances (by Chris and Steve), he wasn’t actually surprised that they had succeeded. The ElliptiGO combines the fitness conditioning aspects of both cycling and running (almost to an even degree) so Idai knew it would be theoretically possible for very well-trained individuals in either of those sporting disciplines to carry out ElliptiGO rides of that nature.

That doesn’t make it any less impressive to witness, however, so Idai had decided he’d keep himself ‘entertained’ by continuing to dedicate occasional weekends for taking first-time or experienced ElliptiGO riders out on century-distance rides, just to see if they measured up to the challenge (and always after a thorough pre-assessment, to ensure they were up to the chosen challenge and were likely to succeed, which they all did)!

It became clear to Idai and the other long-distance ElliptiGO Team riders that such monumental challenges deserved some sort of recognition – and probably required a formal/official framework within which to conduct, record and verify them. The Team already knew, from their experiences with the 1,400km LEL Audax long-distance cycling ride, that the Audax UK framework was practically tailor-made for verifying challenging long-distance rides on ElliptiGO bikes – so Audax Randonneur Cycling verification became the chosen platform upon which the ElliptiGO Long-Distance Cycling Team would be built.

June 2014: Things had started to happen fast in 2014 and the team had continued to grow (through the exploration of elliptical cycling, in the most gruelling Audax long-distance cycling events available)! In June 2014, Stuart Blofeld had joined the Audax Team Collective by completing the brutal Mille Cymru 1,000km Audax cycling event in Wales – an incredible 1,000km journey through some of the most challenging hill terrain in the UK (with a testing time-limit of just 75 hours)! 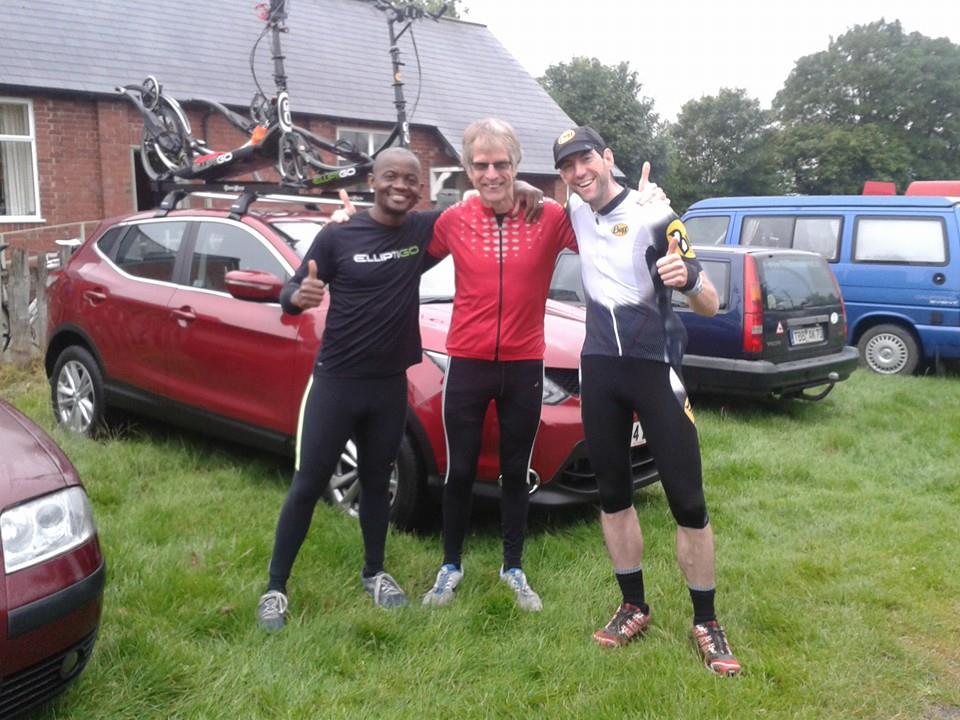 Now that there were more than four riders in the group, with visions of further growth, Idai (in his offiical capacity as the Head of the UK ElliptiGO Community) had mercifully renamed the ‘collective’ as: “The ElliptiGO Ultra-Endurance Team” – which was a more appropriate (and more accurately descriptive) name for a growing group of individuals who were exploring and defining the very frontiers of long-distance elliptical cycling.

And joining The Team was really simple for its new members. A rider must complete an Audax randonneur challenge ride of at least 200km (within stipulated Audax guidelines) on an ElliptiGO elliptical bike to become an honourary (and permanent) Team member.

What was most encouraging from Alan and Idai’s success in the LEL 1,400km Audax ride – and then Stuart’s success in the Mille Cymru 1,000km Audax – was the demonstration of just how practical elliptical bikes could be for riding in what many cyclists considered to be the toughest cycling challenges in the UK. So the extremity of the ElliptiGO Ultra-Endurance Team ‘Experiment’ was maintained – and had actually been further built upon…

At this point Idai was certain in his own mind that an historic ‘show of force’ could be made by the ElliptiGO Ultra-Endurance Team in the year to come (2015) and he was confident that a team of ElliptiGO riders could be assembled to successfully take on the world’s premier Audax long-distance cycling event: the legendary 1,200km Paris Brest Paris Randonneur (PBP). The PBP is a mass-participation 1,200km cycling event with a 90-hour time-limit and almost 6,000 participating cyclists. It is also the oldest cycling event in the world and is held at 4-year intervals.

Idai had envisaged a team of ElliptiGO riders completing the brutal qualification series (made up of 200km, 300km, 400km & 600km Audax rides) which every rider would have to complete before they could qualify to enter the PBP 2015 challenge. And he had wanted the riders to come from all walks of life (including complete novices and non-athletes). So he ran a ‘small-scale trial’ in September 2014…

The goal of this experiment was to demonstrate that the physical conditioning required to ride the distance of 100-miles on an elliptical bike was all that was required to complete even the longest and toughest Audax long-distance cycling challenges, because the main skill required to extend a rider’s range was to simply learn the correct pacing for a non-stop ride.

Carl was invited to ride with existing Team members (Alan, Idai & Stuart) in a well-known Audax cycling event called the Flatlands 600km Audax, which started and finished in Essex. Carl rode the full 600km alongside the rest of The Team, in a tight group, finishing within the time-limit of 40 hours to successfully complete the Flatlands 600km Audax in September 2014 (with no meaningful long-distance ElliptiGO experience) – an incredible feat to accomplish on any bike, let alone an ElliptiGO! 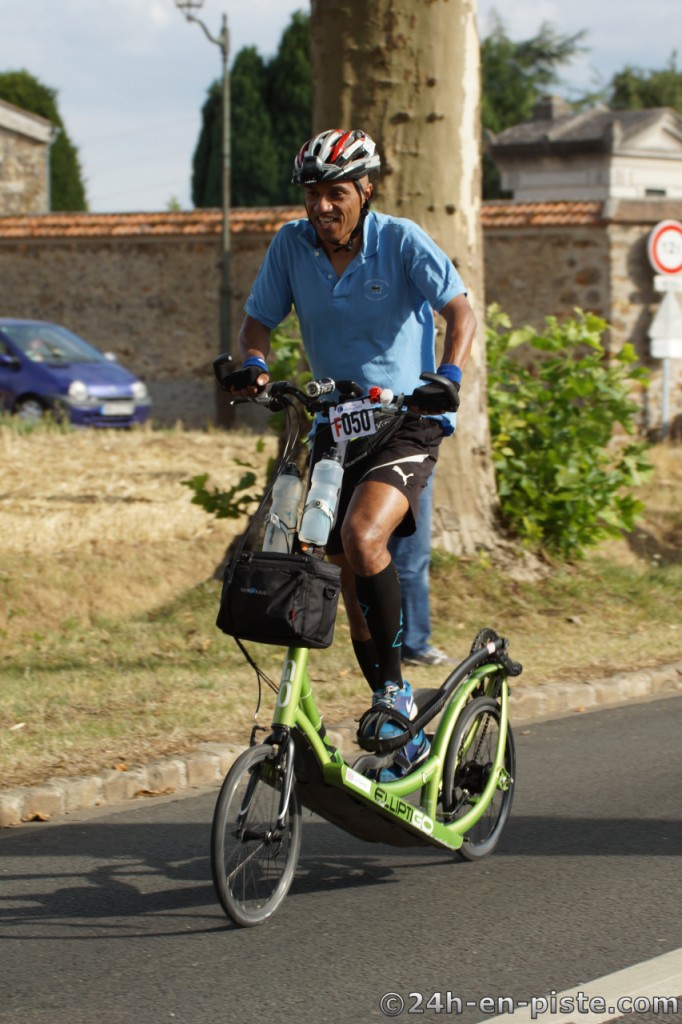 The methodology had been fully proven and a call for mass-participation and further Team recruitment had commenced. Riders from both inside and outside the ElliptiGO community were called upon to join The ElliptiGO Ultra-Endurance Team with the sole focus of first qualifying for, and then riding in, the prestigious 1,200km Paris Brest Paris (PBP) Audax Randonneur ride in 2015.

Some of the aspiring Team riders who came forward had no ElliptiGO riding experience at all, while others were runners and cyclists of varying levels of experience (ranging from entry-level enthusiasts to elite level, in either of those sports). Others were well-established ElliptiGO riders who lacked long-distance riding experience, but were keen to learn. A few individuals actually ‘invited themselves’ into the Team Collective when they’d heard about the initiative from other people and committed themselves to the PBP 2015 goal (after being thoroughly vetted, beforehand).

A list of these audacious, courageous individuals can be seen on this page. Their inspirational progression to Full Team Member Status is covered in more detail on this blog page (which also outlines the eventual success of the whole Team in the PBP 2015 event itself). A full listing of all The Team members can be seen on this page (which also outlines the Audax cycling framework which we use to measure and verify our Team Rider status and to set up our Audax cycling challenges).

Is it time for you to join The Team? We hope so! Please check out what you need to do (below):

I Don’t Own An ElliptiGO Bike?

We will need to ask you a couple of questions to ensure this is something you are likely to succeed at (we don’t get any kicks out of seeing people fail!) and you’ll need to be able to provide evidence of your abilities in other fitness disciplines (if requested to do so), so that we can accurately assess your suitability for any of these challenges.

We’ll also need you to declare your intentions on our Team Declarations Page and to understand that you have chosen your own ‘punishment’ and that you are fully aware of exactly what you’re getting yourself into (and all the related potential consequences).

We are not afraid of death (but we are terrified of not living)! So if you are still keen to join us after reading through all the information we’ve provided above, get in touch right now and let’s make this happen!