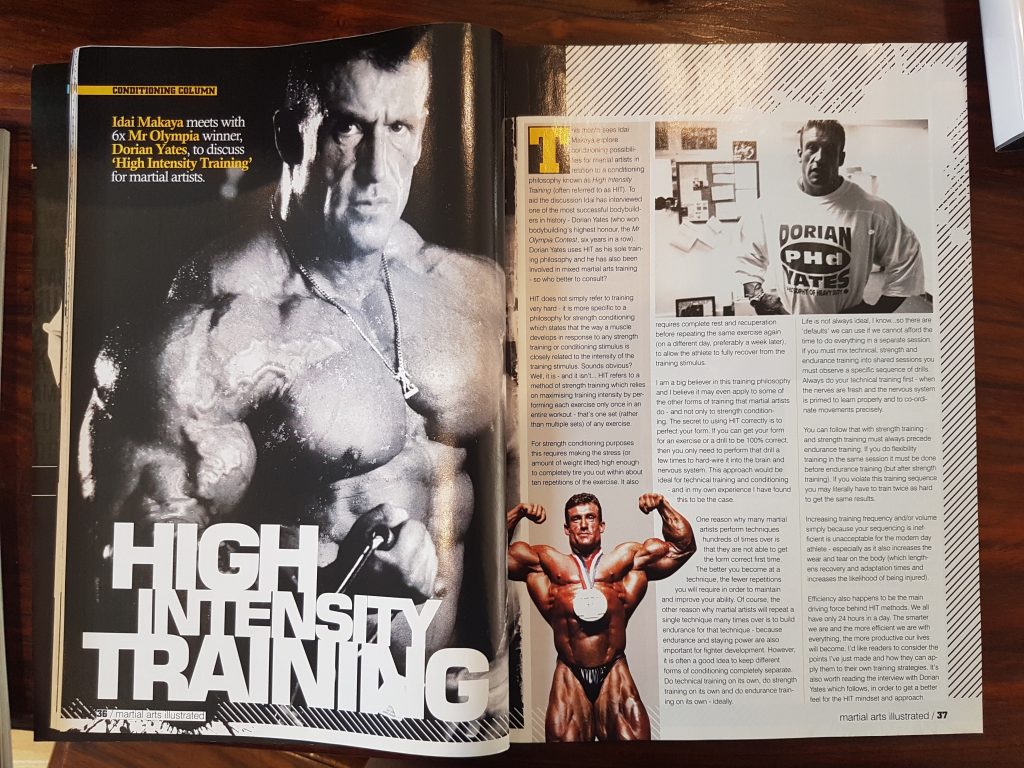 This month Idai Makaya will explore conditioning possibilities for martial artists in relation to a conditioning philosophy known as High Intensity Training (often referred to as HIT). To aid the discussion Idai has interviewed one of the most successful bodybuilders in history, Dorian Yates (who won bodybuilding’s highest honour, the Mr Olympia Contest, 6 years in a row). Dorian Yates uses HIT as his sole training philosophy and he has also been involved in mixed martial arts training – so who better to consult?

HIT does not simply refer to training very hard – it is more specific to a philosophy for strength conditioning which states that the way a muscle develops in response to any strength training or conditioning stimulus is closely related to the intensity of the training stimulus. Sounds obvious? Well, it is – and it isn’t. HIT refers to a method of strength training which relies on maximising training intensity by performing each exercise only once in an entire workout – that’s one set (rather than multiple sets) of any exercise.

For strength conditioning purposes this requires making the stress (or amount of weight lifted) high enough to completely tire you out within about ten repetitions of the exercise. It also requires complete rest and recuperation before repeating the same exercise again (on a different day, preferably a week later), to allow the athlete to fully recover from the training stimulus.

I am a big believer in this training philosophy and I believe it may even apply to some of the other forms of training that martial artists do – and not only to strength conditioning. The secret to using HIT correctly is to perfect your form. If you can get your form for an 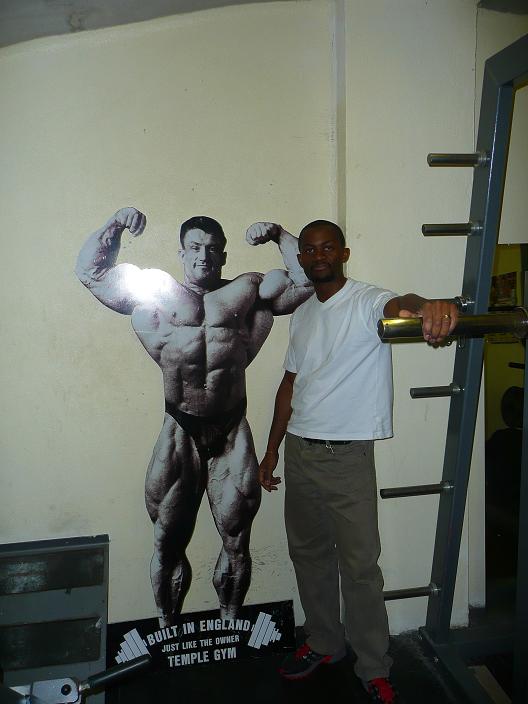 exercise or a drill to be 100% correct, then you only need to perform that drill a few times to hard-wire it into the brain and nervous system. This approach would be ideal for technical training and conditioning – and in my own experience I have found this to be the case.

One reason why many martial artists perform techniques hundreds of times over is that they are not able to get the form correct first time. The better you become at a technique the fewer repetitions you will require in order to maintain and improve your ability. Of course, the other reason why martial artists will repeat a single technique many times over is to build endurance for that technique – because endurance and staying power are also important for fighter development. However, it is often a good idea to keep different forms of conditioning completely separate. Do technical training on its own, do strength training on its own and do endurance training on its own – ideally.

Increasing training frequency and/or volume simply because your sequencing is inefficient is unacceptable for the modern day athlete – especially as it also increases the wear and tear on the body (which lengthens recovery and adaptation times and increases the likelihood of being injured).

Efficiency also happens to be the main driving force behind HIT methods. We all have only 24 hours in a day. The smarter we are and the more efficient we are with everything, the more productive our lives will become. I’d like readers to consider the points I’ve just made and how they can apply them to their own training strategies. It’s also worth reading the interview with Dorian Yates which follows, in order to get a better feel for the HIT mindset and approach.

Remember, as you read this interview, that Dorian is one of the most successful athletes of all time:

Idai Makaya: In your own words, Dorian, what is HIT?

Dorian Yates: I believe HIT is the most efficient way of creating adaptive stress on the body and then allowing it to recover optimally. I believe that to get an adaptive reaction from your body you must challenge your body. If you are to get the maximum adaptation possible you must challenge your muscles’ limits. The body is designed to adapt to various stresses so it will get used to any bearable strains to which it is regularly exposed. To continue to progress and develop further new limits will need to be reached for.

Idai Makaya: Dorian, have you always used HIT – or was there a time you relied on the more conventional approach?

Dorian Yates: I have used HIT pretty much from the beginning. However, I do cycle my training intensity to avoid burnout. As an athlete progresses with training the requirement for rest actually increases (and not decreases, as many people seem to think). Consider the following example. A beginner lifts 100 lbs for a specific exercise when he/she first starts conditioning training. A year later this same individual is then using 400 lbs for the same exercise. The training stress will have increased by four times! You cannot possibly benefit from the same amount of rest when the stress is multiplied by a factor of four times! 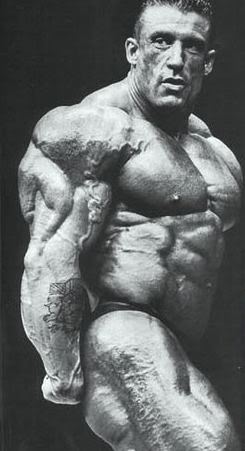 Dorian Yates at his Peak…

Idai Makaya: How long have you been doing MMA?

Dorian Yates: I started MMA training after winning my final Mr Olympia title. However, I never took a break from exercise after that Mr Olympia victory, so I never fully recovered from the injuries and surgeries I’d had to undergo just weeks before my final contest. Thus, even my MMA journey has been blighted by injury and, as a result of an injury compounded during a grappling session, I can no longer engage in contact MMA training – my shoulder’s basically irreversibly damaged.

I still train at the nationally acclaimed UTC MMA Club in Birmingham – mainly for cardio conditioning and fitness. My 25 year old son Lewis is a mixed martial artist and my fiance (female bodybuilder and fitness World Champion Glauce Ferreira) also does the MMA circuit training sessions with me and the guys at the UTC MMA Club. She’s the only girl I know of who can actually keep up with the guys on the UTC conditioning circuit!

I must say I have a lot of respect for MMA fighters – they are probably the fittest athletes on earth! 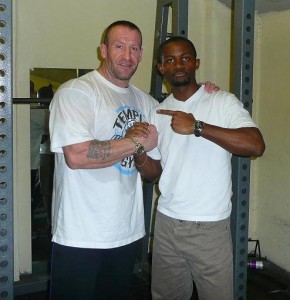 Idai Makaya: How often do you exercise in all the different training disciplines you follow?

Dorian Yates: I exercise 5 or 6 times weekly, alternating from bodybuilding gym exercises to cardiovascular fitness training (using either gym machines or the UTC MMA Club). For strength training I take 30-45 minutes per session, some cardio can be slightly longer. You must keep training sessions as short as possible to minimise stress to the minimum levels required to get the maximum adaptive response.

Idai Makaya: At the peak of your bodybuilding reign did you still adhere to these rules?

Idai Makaya: Currently how fit would you say you are? Many professional bodybuilders have told me they are not particularly fit – from an overall perspective – and your key rival from the 90s, Flex Wheeler (whom I interviewed for MAI in the June 2009 issue) told me he was at embarrassingly low cardiovascular and stamina levels when at his bodybuilding peak. 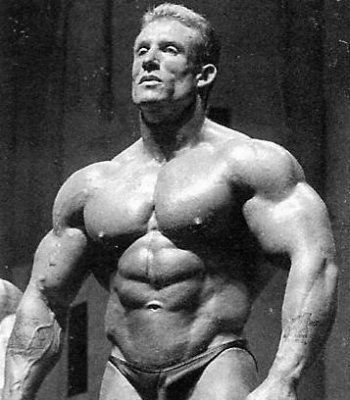 Dorian Yates: I’ve always stayed fit – even at my bodybuilding peak. However, as a professional athlete, the key focus is really about excelling in your sport – and not any secondary issues – so if peak cardiovascular fitness was not required I would not have made it a priority myself, either. However, unlike most bodybuilders, I’ve always kept my cardio conditioning and flexibility reasonable all year round.

For martial artists, a lower muscle mass will require lower oxygen demands from the blood. The more muscle they have, the higher their oxygen demands become – and a balance between strength and stamina must be obtained by keeping strength as high as possible but keeping muscle mass as low as it can be (while still delivering the strength advantages).

Idai Makaya: The last point you make is very important. Power-to-mass ratio must be optimised in a fighter. What are your current business commitments – what’s a typical day like for you now?

Dorian Yates: I start early and do my internet-based work. I workout in the late morning – after dealing with emails and website forum queries. My nutritional business is based in the United States and New Zealand so there are time-zone issues. I also do a monthly column for Muscular Development Magazine and have a section on their internet forum, which keeps me very busy. I do still offer some personal training services for a few clients as well.

Idai Makaya: Through the 90s you only competed about once a year, why was this?

Dorian Yates: Because I was world number one there was no need to constantly prove myself – except in the top bodybuilding competition in the world, Mr Olympia. I could make a lucrative living making guest posing appearances at various shows and events (as much money – or more – than from the average bodybuilding contest) so why bother with the physical and mental stress of competing? 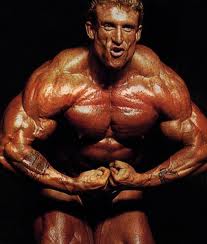 Besides, aiming for just one competition would require me to aim for a peak just once a year – so this would actually give me a competitive advantage. A champion must have the confidence in his own abilities to invest in taking on the very best and should only really need to face the best. I don’t think an athlete can peak more than twice a year – not a genuine peak, anyway.

Idai Makaya: Dorian, what do you think are the best strength exercises for martial arts?

Dorian Yates: I’d say basic high intensity training for the full body and the use of kettlebells.

Idai Makaya: What differences would you suggest a martial artist should implement (compared to what bodybuilders do in training)?

Dorian Yates: Martial artists could look to train more explosively in certain exercises. They could also use more compound exercises (using groups of muscles, rather than isolating individual muscles in the way bodybuilders do). They should make sure they are addressing functional goals in their training and I don’t think they need to rely as much on machines and cables in the gym. They should also address endurance and keep martial arts and weight training separate.

Dorian Yates: There is a place for it in the martial artist’s program – kettlebell swings and whole body movements are great for this – but I would urge martial artists to avoid isolation exercises and to take the stability of their joints into account (something I did not do as a bodybuilder, but something which protects against injuries).

Idai Makaya: Regarding exercises – do you prefer machines or free-weight exercises?

Dorian Yates: Both have a place. Machines are good for avoiding injuries (or training around them) and free weights are best for athletic applications.

Idai Makaya: That makes a lot of sense. Regarding supplements, do you use sports/energy drinks during training (I notice you’ve not touched anything in the time I’ve been with you today, including during your training session earlier on)? 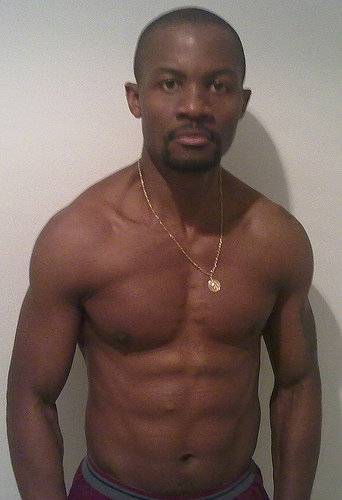 Dorian Yates: No, I don’t use them. I do use a new product I’ve developed for pre-workout nutrition, though. It’s called Nox Pump and it makes a real difference in how fired up you feel before training sessions – which is very useful for HIT. I also use a post-workout recovery product called Formass.

Idai Makaya: Back to the topic of supplements. Do you recommend any kind of nutritional supplementation for martial artists and athletes?

Dorian Yates: Protein is useful for most athletes. Pre-workout creatine is also handy -especially for weight gain and muscular development purposes – but protein is the really important one because it helps with the constituents for reconstructing the tissues after the damage caused by training.