I am regularly asked about the differences between the short-stride ElliptiGO Arc bike and the long-stride ElliptiGO bikes (3C, 8C & 11R) by individuals struggling to figure out which ElliptiGO bikes suits them best. I like to anonymise my responses to such queries and share them publicly as a resource which other people can use when they have the same questions.

Below is a recent exchange I have had in relation to deciding between ElliptiGO bikes and the issues to consider and be aware of: 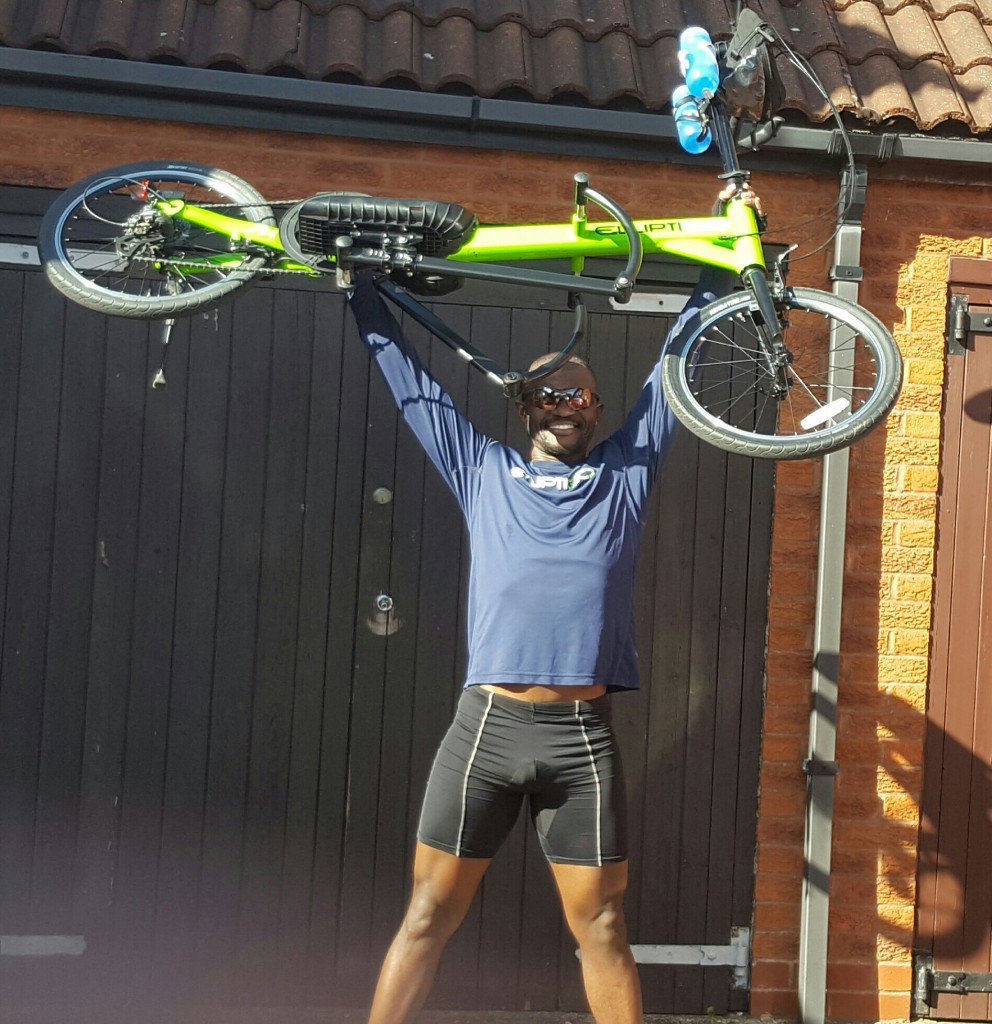 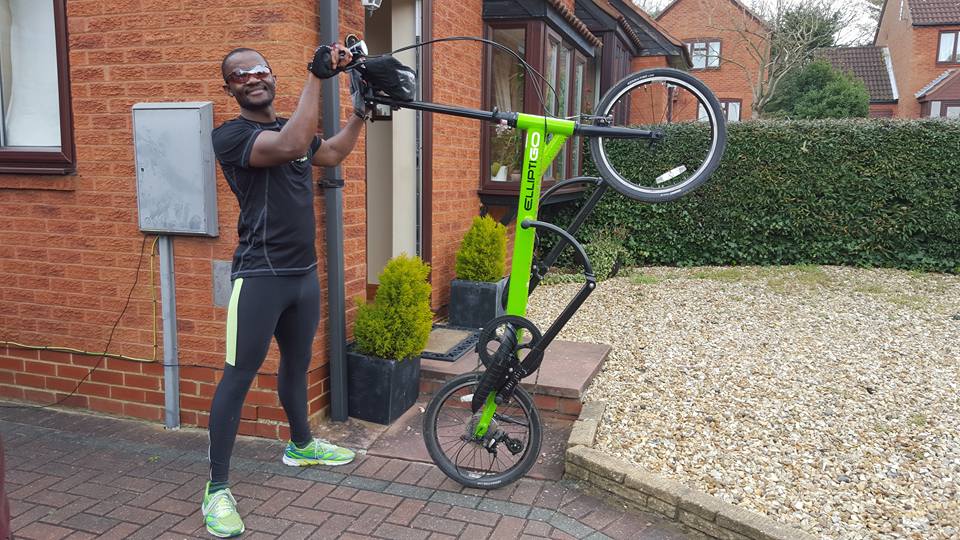 Q. What is the difference between the ElliptiGO Arc and the ElliptiGO 11R? Which do you prefer to use? Is your choice is based on routes and kilometers ridden?
A. Correct, the choice is very much dependent on distance and route.
In summary, I use them both, because they affect my fitness differently. The 11R has a very ‘even’ effect on all the leg muscles and promotes much better development in the muscles. It is ideal for people who do not want to stress their knees and feels more comfortable than the Arc.
The Arc has a strong focus on the quadriceps, more like a bicycle in that way. But the Arc tires your legs much faster than the other models – especially on hills. It can climb the same hills as the 11R and 8C – but only for about 2 hours – and then you really see a difference!
I do half my training on the Arc and half on the 11R – because together the effect is better than using just one of them. But if I can only ride one ElliptiGO, it would be the 11R (and then the 8C next, and then the Arc next, and last the 3C – in that order).
I believe you already saw my videos about the 200km and 400km rides on the Arc? There’s an other video (on this link, watch for 2.5 minutes when you click on the link) where you can see me explain my perception of the main differences between the bikes – Arc and 11R/8C.
There is another section in the same video (THIS LINK – watch for 2 min) where I honestly explain my views on riding long distances on the Arc – compared to the 11R – immediately after finishing a 400km ride on the Arc (using the same course I did on the 11R). As you will see, it took 4 hours longer to do 400km on the Arc than the 11R – and the physical and mental experiences were totally different. I was just testing myself riding 400km on the Arc, it was not something I will ever do again. 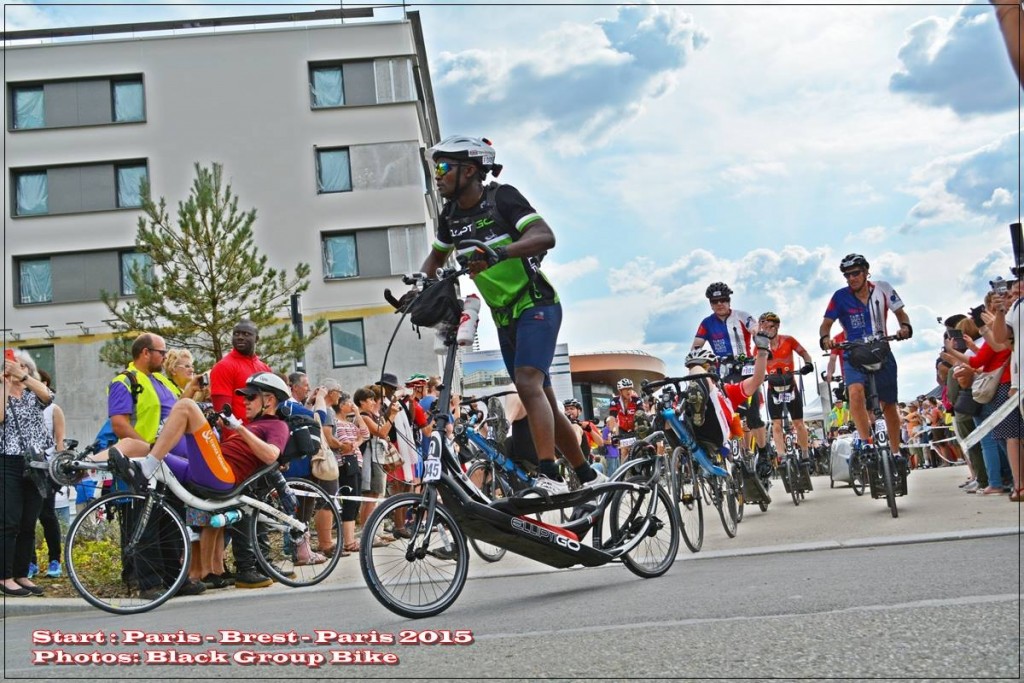 Those two video links above are a good summary of the differences between the bikes.
The Arc is nice for short rides – up to 2 hours long. The 8C and 11R are just as nice as the Arc for short rides – up to 2 hours long – but they are also nice for longer rides (of any distance which can be done on any bicycle). For longer rides the 8C or 11R are much more appropriate and much more enjoyable than the Arc.
Q. What’s the difference in average speed between Arc and 11R?
A. Over 1-2 hours there is not much difference in speed between the 11R and the Arc on a gently undulating course. But you get tired much faster on the Arc, if you are using the exact same effort (compared to the 8C and the 11R). So if you ride for 3 hours at 90% effort, on the same gently undulating course on both bikes, your ride on the 11R will be noticeably faster. But for  just 1 hour of riding you will find your average speed to be very much the same on the Arc as the 11R.
On flat ground the 11R appears to be significantly quicker than the Arc, probably because riders can use the higher gear ratios – and the 11R seems to be more suitable for riding with a higher pedal cadence than the Arc.
Q. Which ElliptiGO model is the better ‘GOing’ downhill?
A. The long-stride ElliptiGO is slightly more stable than the Arc, if you ride using just one hand. But using both hands I do not believe there is any difference in how stable they are at high speed. On gradual hills the 11R will be significantly better than the Arc because of the higher gear ratios. On the Arc it is difficult to keep on pedaling at 40kph but on the 11R a good and fit rider can still pedal at 45kph down a hill.

Q. For ‘GOing’ uphill which model is faster?
A. I believe they are similar for a short distance, but in a ‘race against time’ up a hill you will probably win on the 11R (compared to the Arc). For a long hill climb (or for many hills in one ride) the 11R or 8C will be much faster than the Arc because you will tire much faster on the Arc – and be forced to slow down.
Q. If I was to fit an 11-speed cassette (11-13-15-17-19-21-24-28-32-37-42) instead of the standard 8-speed, would that improve the performance of the Arc, especially uphill (It would only be converted after the expiry of the warranty)?
A. More gears will not help speed up a hill on the Arc compared to 11R. It is not about the gears and the riding style is different to an ordinary road or mountain bike. What matters is the nature of the stride. So the Arc stride is less efficient. It goes up the hills at the same pace, but using the muscles in a different way (which makes them become tired much faster than on the 11R).
If you refer to the video link I shared in the paragraphs above, I mentioned that the comparison is a bit like running up stairs. If you run taking one step up at a time you will last for longer than if you run taking 2 steps up at a time. That is the closest analogy I can find between riding up a hill on the Arc and the 11R.
For warranty effects of changing the cassette I cannot comment accurately. It may or may not, I think a lot depends on how it is done and who does it. I think it is easier to change to an 11-speed hub than an 11-speed cassette, for the ElliptiGO Arc.
Q. Could such a conversion allow me to get up to 40 km/hr on flat ground?
A. 40kph is certainly possible when sprinting on the 8C or 11R (especially with a tailwind, or on a slight downhill incline) but that pace is quite hard to sustain for a long time when riding on flat ground. I am not sure the gears on the Arc will allow 40kph on flat ground (I certainly have never done it myself!) but I expect there are some very strong athletes out there who are capable of such a feat, even with the standard Arc gearing. 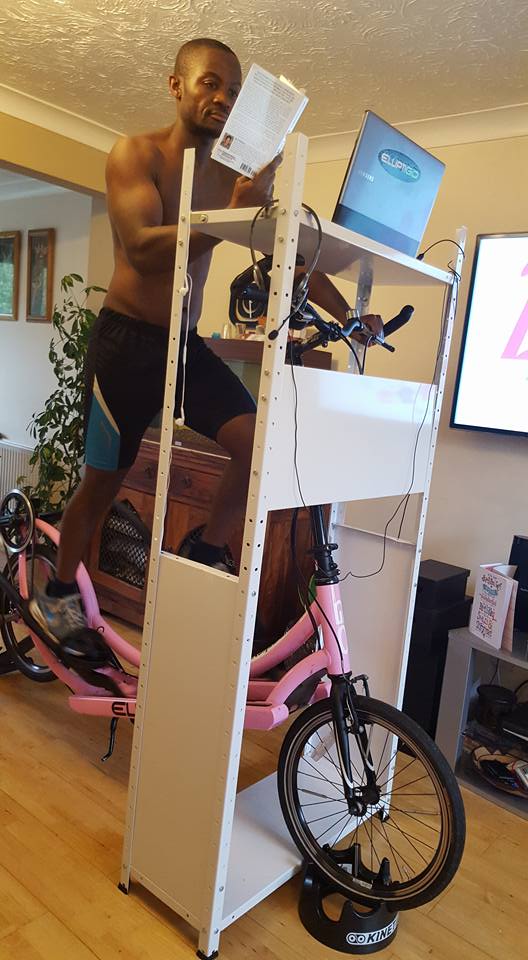 Q. Is riding uphill much more tiring on the ElliptiGO – compared to a standard bicycle?
A. I do not believe it is much more tiring – it is just ‘different’. Many cyclists who ride the ElliptiGO say the hills are ‘easier’ on the ElliptiGO than on their ordinary road or mountain bike. I am not sure how to measure it, but I think it depends on which bike you ride the most. You will be most comfortable on the bike you do the most training with. If it is the ElliptiGO you train on the most, the ElliptiGO will be easier for you. Also if your knees are weak, the ElliptiGO may be easier for you than a regular bike.
Q. What is the width of the tires Kenda Kwest? (20 x 1.35 or 20 x 1.50)?
A. The standard tire we use is 20 x 1.5 but many people change to 20 x 1.35 for the Marathon Plus Schwalbe tyre, because it has very high puncture resistance. I personally use the Schwalbe Marathon Plus 20 x 1.35 tyre on both the 11R and Arc, but it is not as comfortable as the standard Kenda or Marathon racer 20 x 1.5 tyres which the ElliptiGO is sold with as standard.
Q. For longer rides (and increased comfort) could I use the 20 x 1.75 Schwalbe Marathon Plus (725 gr.) tyres – which are excellent for puncture resistance, potholes and potentially riding on flatter off-road surfaces or gravel tracks?
A. Any of the above tyre sizes will be okay on the back wheel, but for the front wheel the Arc and 8C might struggle to take tyres bigger than 20 x1.5 due to clearance from the forks. 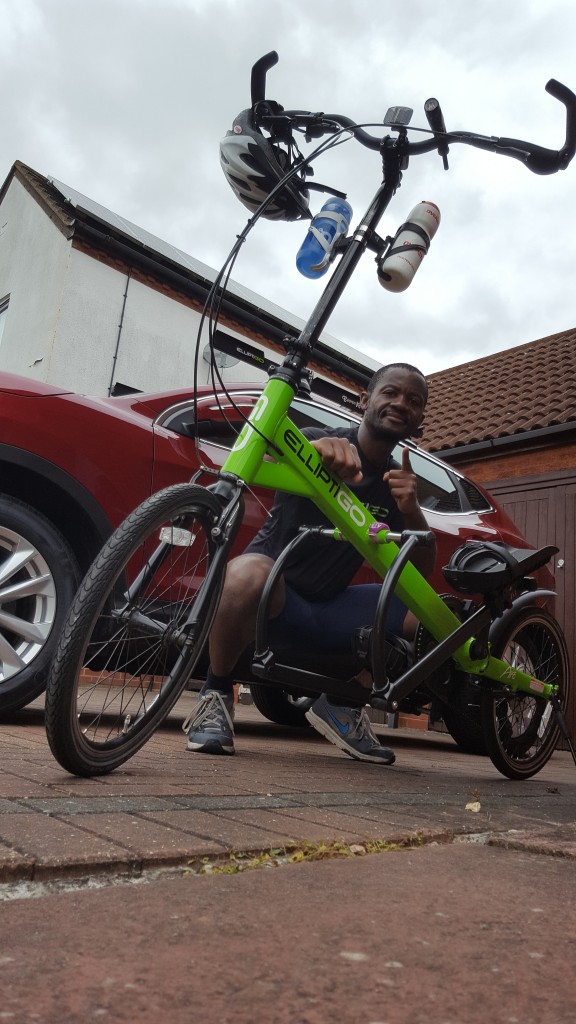 Q. Is it easy to signal whilst riding with one hand?
A. Yes, but you have to practice it. Here is a video explaining how to become good at riding with just one hand. After one or two practice sessions you will become an ‘expert’. As you see in some of my own videos, I sometimes ride for a very long time using just one hand (while I explain things into the camera)…
As mentioned above, the long-stride ElliptiGO models (3C, 8C & 11R) are more stable than the Arc when ridden one-handed (but all the ElliptiGO bikes can safely be ridden one-handed, with a little practice).
Q. Are there lighter wheels on the market?
A. Yes, but that’s not important for this type of bike – it will not make a big difference to speed. The ElliptiGO dynamics are VERY different to a road bike in relation to pace. The rider is the most important thing which determines ElliptiGO riding speed, not the bike. A fast and fit rider on the 3C or Arc is still faster than a slow unfit rider on the 11R.

Also note the ElliptiGO Arc is not compatible with standard bicycle indoor trainers, but the long-stride models are. I hope the above explanations have been useful? If you need to discuss any of this in more detail just get in touch directly.