I’ve always been involved with sport, and have played football, been involved with running, fell running and triathlon. At my fastest, which was probably in my early 30s, I managed a 3hr 3 min marathon and a 37min 10k, but subsequent participation in Ironman Triathlon seemed to reduce my pace to more of a jog! I have finished 5 Ironman triathlons (very slowly!)

Following problems with injury (and a diagnosis of arthritis in both hips) in September/November 2016 I had both hips replaced. I have just bought an ElliptiGO 11R which I’m confident is going to help me regain my fitness (without wrecking my new hip implants). 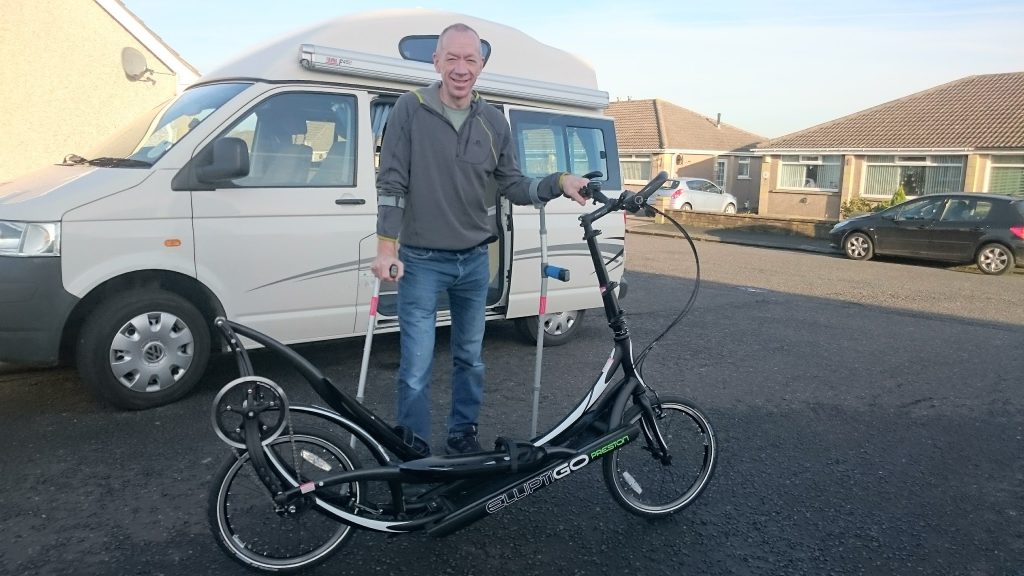 My road to recovery began on Sunday 8th January, with 10-minutes on the ElliptiGO (on the indoor trainer). I bought my ElliptiGO 11R at the end of November 2016, on the way home from hospital after my second hip replacement operation!

I aim to fully recover from my hip replacement surgeries this year. I will also aim to become an ElliptiGO Randonneur and GO as far as I possibly can in 2017!!!!