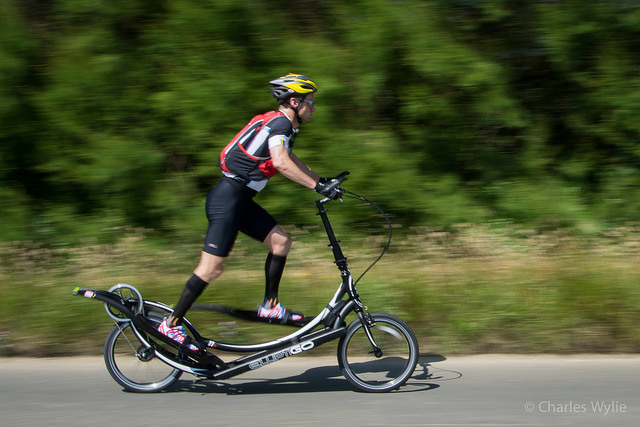 Personal Information: Married to Jane, a marathon runner, and we have four children.

Sporting Background: Intermittent 800m-to-half-marathon runner limited by injury, work, family commitments and education/professional exams. Focused on the shorter end of that range – just breaking 2 mins for 800m and 16 mins for 5000m at my peak (representing Jersey in the Island Games).

Running career badly affected by injury, requiring surgery twice, ultimately causing the end of my running (and needing an endurance sport that was intense and fun – but kinder to the body and my particular injuries). Hence the ElliptiGO, which has been a revelation for me. Been riding since June 2013.

Longest ride (as at October 2014): 160km – with a 212km Audax ride coming up in November 2014. I support my ElliptiGO training with weight training, Pilates and a really varied mix of other cardio cross-training activities. Basically, everything except running. Quite ironic as I used to run – and do nothing else! 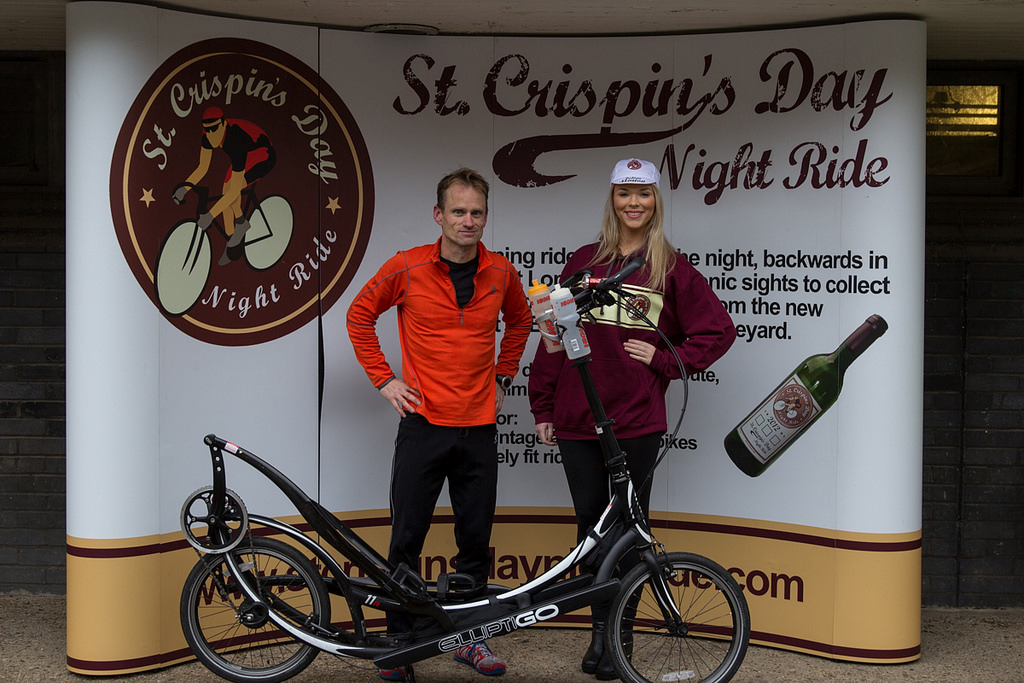 Why I’m doing PBP 2015: After finally accepting that my running career was over I needed an outlet, as I am fitter than I have ever been (and in a more balanced fashion than in my running days).

While my running was usually focused on events of less than 20 mins duration – and my later cardio training has focused on intensity, rather than ultra endurance – I have now expanded my ‘range’ up to 7 hours on the ElliptiGO (as at October 2014).

PBP 2015 represents a significant challenge (outside of the areas that I feel comfortable in – or have experience in). I am particularly looking forward to the atmosphere of the event and the team spirit that we can build together. It also has some clear objective output (that is more meaningful than simply epic training rides).

The fact that it only takes place every four years means you cannot keep putting it off by saying: “Maybe next year?” Coupled with the fact that it has never been done by ElliptiGO – and the team we are putting together makes it an irresistible challenge.

Why would you not want to take part in the most famous, the most historic (and largest) ultra-distance bike event in the world… on an ElliptiGO?